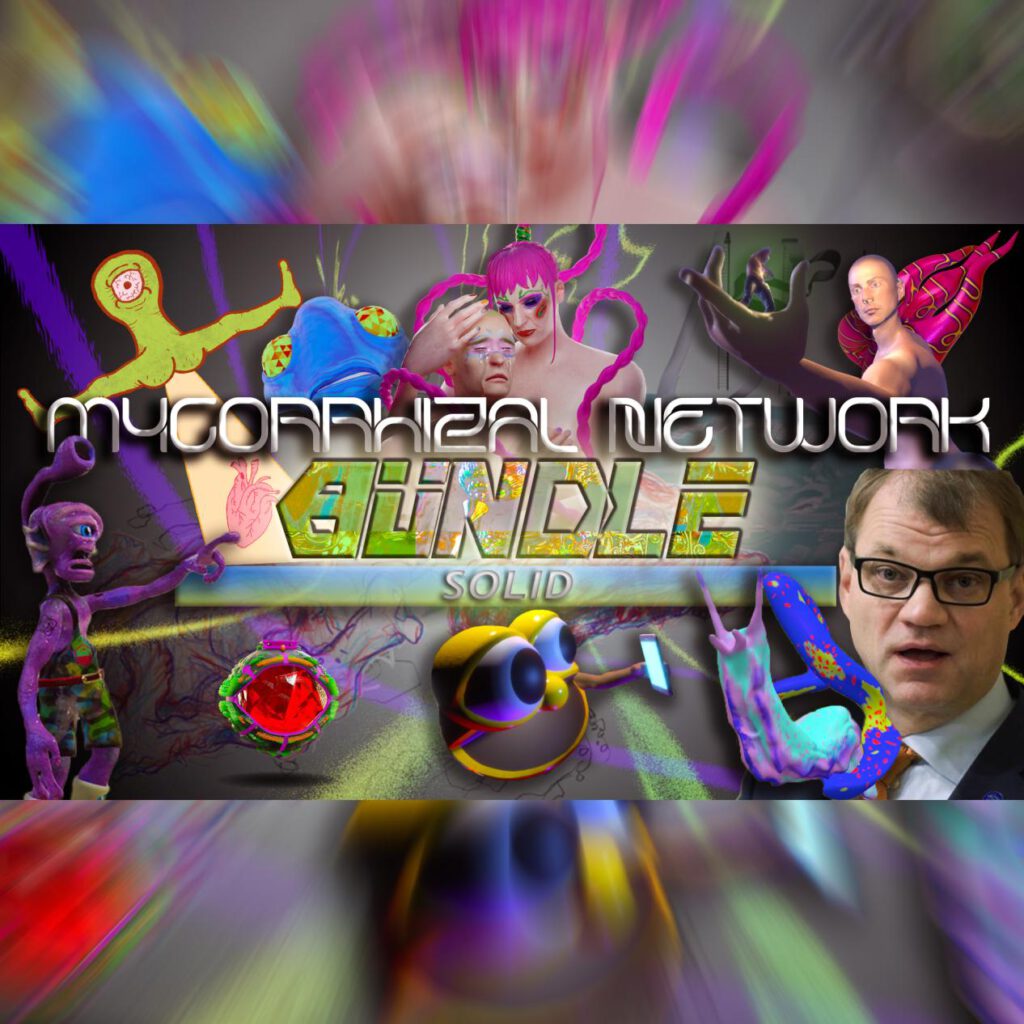 I’m super happy to announce that I’m a member of a new network of artist who work in game-adjacent mediums called: Mycorrhizal Network. We have been bonding over a spesific Discord channel and the plan is to build a sort of an alliance or network, as we are all interested in the artform of, for a lack of better term, “games” and maybe build different kinds of co-operations in the future. Our first venture is a Itch.io bundle called: Mycorrhizal Network Bundle: Solid

which is a collection of 9 different works that could be called games. My Juha The Unemployed is released officially part of it.

Maybe some words about Juha The Unemployed. It’s a game where you have to guide the former prime minister of Finland Juha Sipilä to the unemployement office, after he unfortunately got fired from the Finnish parliament. The whole project started as a joke, as I found out an incredibly janky RPG maker called Maker4D that I wanted to try out. Also people outside from Finland probably don’t know the fact that Juha Sipilä was responsible for a new draconian unemployement law called “activity model” that punished unemployed folks, if they weren’t “active” enough. This was an ultra bullshit law that resulted cuts to your unemployement benefit, if you couldn’t prove that you were “active” enough for looking for jobs. This was my main reasons to make a game that you had to guide “Juha” himself to the unemployement office.

Sadly the game is only available for Win, Linux and Android but I hope people have some laughs playing it! Here is an old IG clip of it, but I have already updated it after I posted that: https://vimeo.com/508502524.

Last but not least, I want to mention that I updated my site to include new friends section https://joonassiren.fi/friends/. This is an oldschool Webring for all the cuties included in the Mycorrhizal Network!