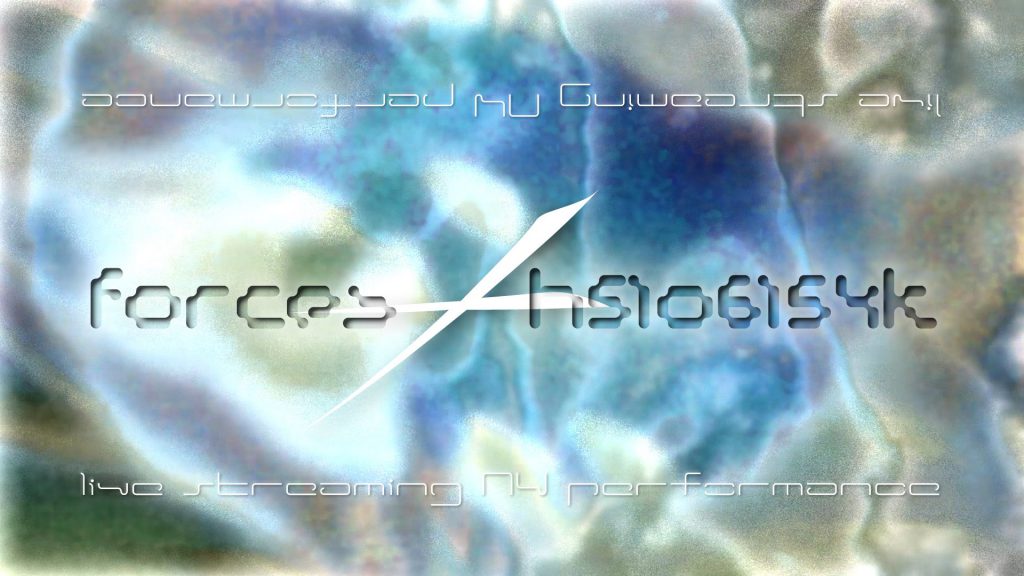 Satuday 13.4. at 23 (GMT+2) I will be playing a very special Forces gig: a streaming performance together with visual artist H5io6i54k, which you can listen/watch at our Twitch channels and which will also be screened at DOTEK fashion event in Olomouc, Czech Republic. You can acces both of our streams easily with multitwitch service:

The DOTEK people approached me for a gig late February. I felt that instead quite unnecessary back and forth flying, I would be interested to try out streaming as a performance option. I think there has been very little talk about constant air travel inside the electronic experimental music community. I feel that as internet speeds are getting really fast for 720p (and beyond) live streams, why not use that option? Is the aura of the performer that important. In my case it’s just an another dude w/ computer. I guess it could be that people are suspicious about the “live” aspect of the performance, but as I’m always using SuperCollider as a live coding tool, so there shouldn’t be no fear of unliveness, but on the other hand, who cares?

This winter has been quite rough on me and I have found lot of solace w/ different Twitch streamers. I feel that the medium is really interesting and it could be used for lot of other things as it’s used at the moment that is mainly live gaming streams. So I’m hopeful I could do this again at some time in the future!

I will be playing material from all my albums released last year and H5io6i54k will improvise w/ his cutting edge mutating software beings and underwater algae!

If you have some free time on Sat evening, consider us!