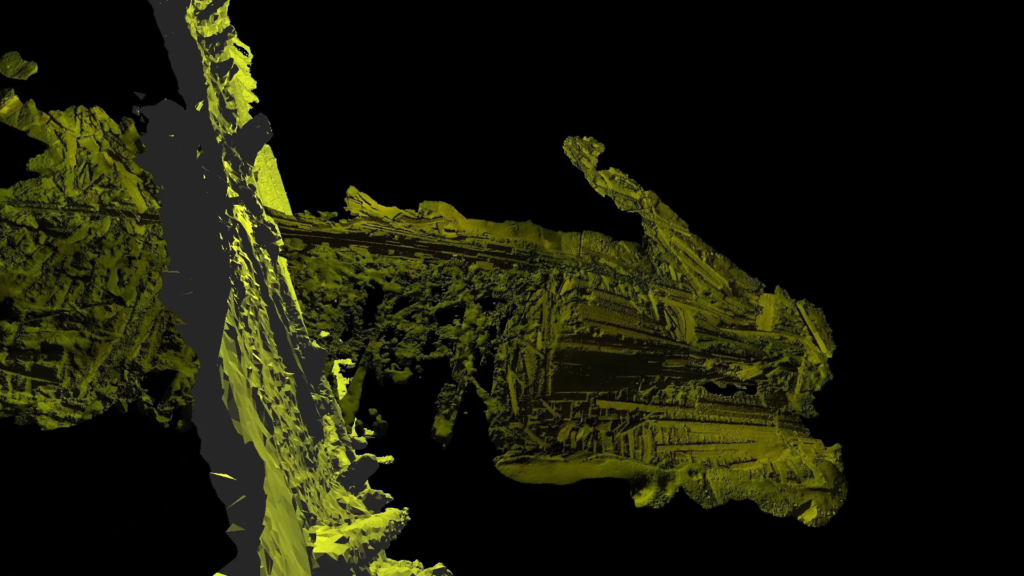 I have a new web project out called Chaosmosis!

It’s also a single from my upcoming record ‘Inertia’ on Mexico City based  label Infinite Machine. You can also just check it in SoundCloud.

The animation of Chaosmosis is produced by JavaScript code, especially a library called Three.js which is meant to handle 3D models. So all the movement (camera and the models) is produced by code calculations, which is pretty wild for me, as I’m more accustomed to be working on Blender and GUI way of working with models.

Here is what I wrote on IG about the whole thing:

“The generative animation is programmed with Three.js library and with two different 3D models of Russian shipwrecks sunken in the Gulf of Finland in the 18th century. The Finnish Maritime Museum generously published those models online for free of use.

The whole album is inspired by the philosopher Franco ‘Bifo’ Berardi’s ‘Futurability’ book and the way it deals with the systematic failure of Neo Liberal Capitalism and the current inability to resist it.

The ‘Chaosmosis’ webpage project is a poetic rendering of the failing structures of current hegemony. The sunken and destroyed imperialistic war and cargo ships of the Russian empire has of course political connotations of this current moment, but they can also be seen as more abstract remnants of the past. Disappearing and rotten forms.”