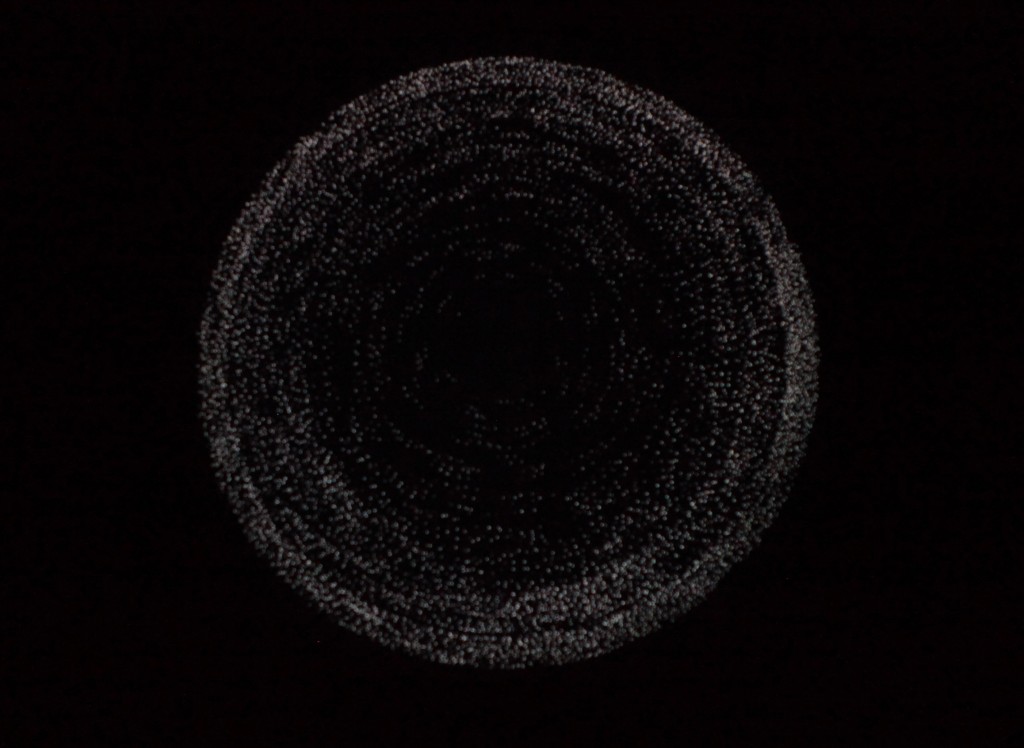 video projection to a black wall in a dark room, barely visible at all. video animation made by processing programming language. animation consisted of a twirling whirl of white pixels